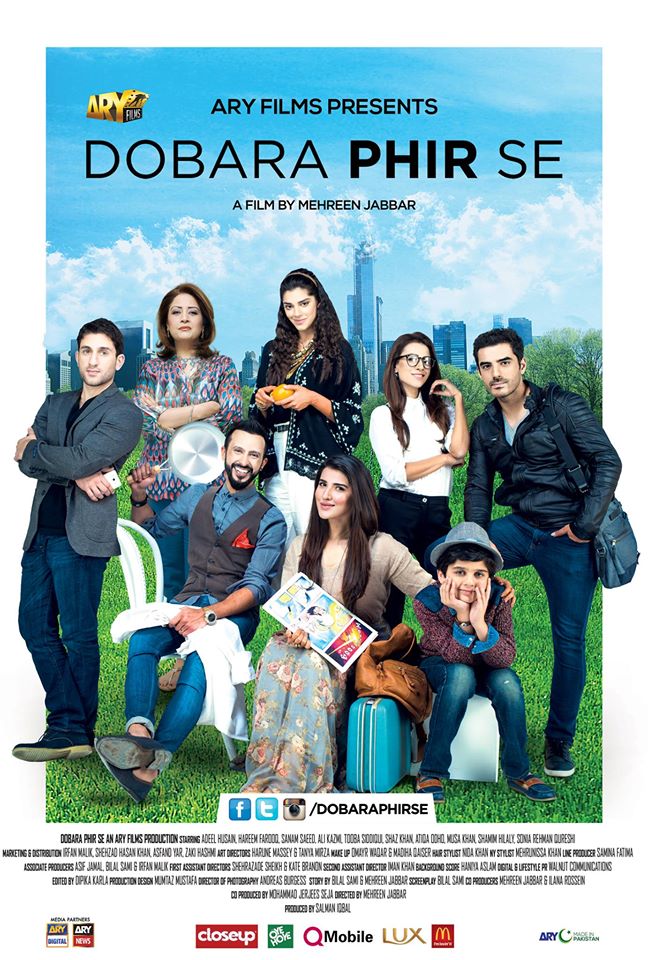 The first look is out and it wouldn’t be unjust to say that it’s super GOOD LOOKING! It has  Adeel Husain, Ali Kazmi, Hareem Farooq, Tooba Siddiqui, Atiqa Odho,Sanam Saeed, Shaz Khan and the little star Musa Khan posing for the excited audience!

‘Dobara Phir Se’ looks like a film packed with multiple flavors! It is a romantic comedy that revolves around  two Pakistanis who meet and eventually fall in love in New York. The story proceeds as the two then embark on a road trip to visit family.

Directed by Mehreen Jabbar and Produced by Salman Iqbal  under the ARY Films Production banner, ‘Dobara Phir Se’ will hit your nearest cinemas in 2016!

Congrats @Salman_ARY an ARY Films Productions initiative that will have big impact on the film industry of Pakistan pic.twitter.com/W0Bul9QiOM