‘Dobara Phir Se’ – A Journey You Wouldn’t Want To Miss!

‘Dobara Phir Se’ – A Journey You Wouldn’t Want To Miss! 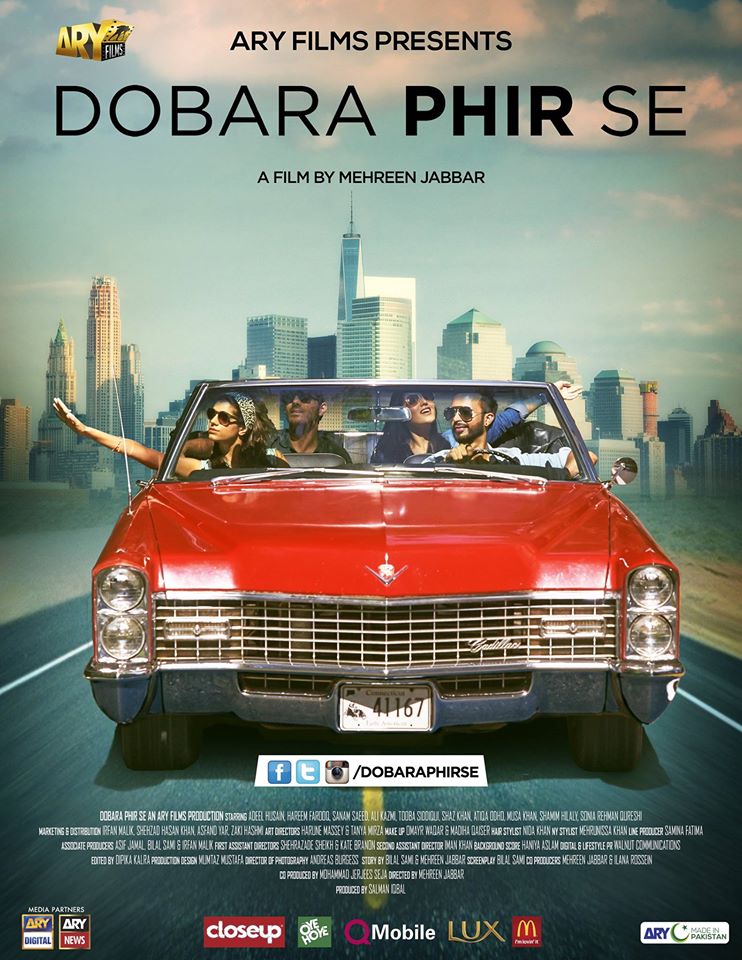 So the second poster is out and it clearly hints that ‘Dobara Phir Se’ is a film that revolves  around travel and travel buddies. Medium of transport? A sexy vintage red Cadillac! Yepp! This film is going to take you on a journey full of fun, entertainment and a wonderful cinematic experience!

According to sources the  film includes a character of a divorced Pakistani woman that is played by Hareem Farooq. She is  based in New York and is visiting her ex-mother-in-law, Atiqa Odho in an upscale Connecticut suburb.

Sources further revealed  that Adeel Hussain plays the main lead opposite Hareem Farooq, this settles the pairing and placement in the car for these two characters at-least!

A hipster Sanam Saeed and a very handsome Ali Kazmi on the front seat, what role do they play? While the poster does answer a few of our  questions, it also leaves us with further more curiosity.

This will be one of those films that will help you understand life a little better and let you reconnect with yourself ‘Dobara Phir Se’.