Will The Fearless Mahi Be Able To Give Her Baby A Bright Future?

Will The Fearless Mahi Be Able To Give Her Baby A Bright Future?

Another episode of Khuda Mera Bhi Hai proved to be a lesson for all the people out there who are still in the pool of misconception that a transgender doesn’t belong to the same society as normal people. Doing something extra ordinary will always make you stand out in front of all the other people, it’s easier said than done but it is the right path, if God created a child who’s a transgender then one has no right to let the baby go. They all deserve their best chance.

The fact that her baby isn’t with her was killing Mahi with every  second the clock ticked, she knew she had to make a decision instantly or else she  is going sacrifice her sanity. The brave Mahi can see how mother’s with physically disabled children are not afraid of taking care of them, why would she give up her baby then? Being a transgender wasn’t it’s fault. Or was it? 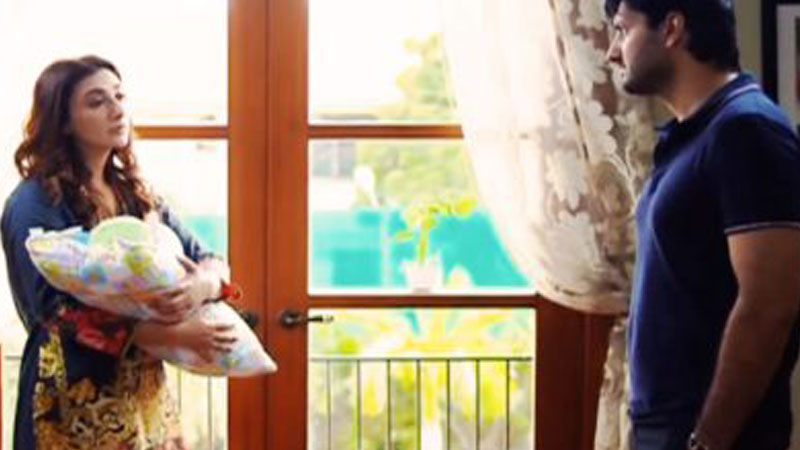 The courageous Mahi finally goes and gets her baby back, but she should’ve been aware of the consequences that await her, her husband who won’t side her, her mother in law who despises and above all this society that will probably not let her child have a normal life. Little does she know, she’s digging a hole of problems for herself.

Once Mahi brought her baby home, the reaction was expected but it’s good to know that she doesn’t care about any of those people who would stand in the middle of her and her source of happiness. Zain on the other hand tells Mahi that he probably can’t accept this baby and she begins to have second doubts about her relationship with Zain. Furious Zain now storms to the transgender who he gave his baby at first place and yells at him, saying why would he return that baby to Mahi.

The transgender then laughs and says you’re as ordinary as any other men who’s no match for a girl like Mahi  – who has the courage to stand against this society. What would you do if you were in Mahi’s shoes? Do you think Mahi is wrong? Will Mahi and Zain split? How will she raise this baby in a society like this? She’s fearless but won’t that be a problem for her? Find out more in the next episode of Khuda Mera Bhi Hai only on ARY Digital on Saturdays at 8.00 pm.

An effective way to Satisfy Society Single people near you