The wait is over… Rangreza’s trailer is finally out The wait is over… Rangreza’s trailer is finally out

So everyone was waiting for Rangreza since the release of the first teaser!
But none expected the Bilal Ashraf, Urwa Hocane starrer’s trailer to become such a hit soon after its release.
‘Rangreza’, features Urwa Hocane, Bilal Ashraf and Gohar Rasheed in lead roles and the trailer suggests the trio are are ready to steal your heart away by their extraordinary performances in this musical love triangle.

The  two minute trailer, lets you go through a roller coaster of emotions. Love, jealousy, enmity and wilderness move you on the beat of drum. If one goes by the trailer, the trio have given their 100 percent to the characters, with Gohar Rasheed stealing the limelight with his crafty portrayal of a street musician and crazy in love romeo.
The first part of the trailer belongs to Bilal, who plays  a rockstar, the story then progresses over how he meets Urwa and falls in love with her. The second part has Gohar Rasheed leaving everyone intrigued with his antics and the role he is playing in the triangle. But one thing is for sure, this one is a deadly love triangle as the trailer ends with a coffin… lifted and ready to go.
As for Bilal Ashraf, his fans just need to wait for December for he nails the role of a rockstar like a boss. Urwa is seen as a “desi” and “down to earth” person who inspires Bilal. 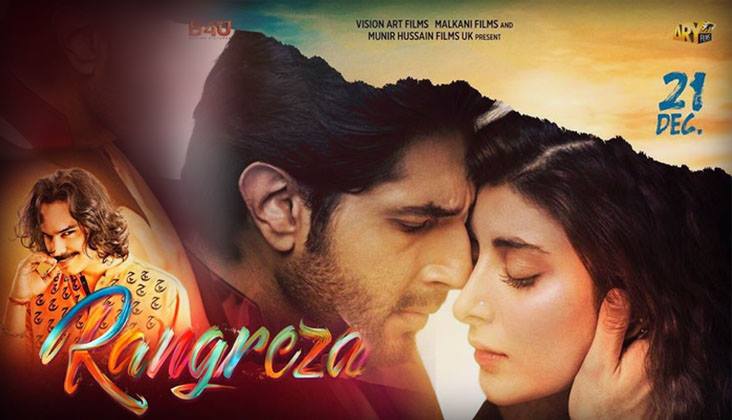 The movie, which will release on December 21,  is a Vision Art Films, Malkani Films and Munir Hussain Films presentation with ARY Films as its media partner.