The Slow Break Down of Pakistani Youth: Who is responsible??

The Slow Break Down of Pakistani Youth: Who is responsible??

On the 1st of September 2015, as I start another day of my vacation as soon as I turn on my TV, I see a headline stating: “Two teenagers in love commit suicide at school”.

Firstly, the thing that stood out was the reason for their suicide; which was: “Parents want them to marry somebody else”.

When we call ourselves a proud citizen of an Islamic state we have to keep into account that knowledge of Islam is the most essential part for our country to succeed. The major issues in our society is the lack of education, women are still seen as a burden though it is changing but at a pace slower than a turtle.

In Pakistan where marriage is considered a huge deal it is necessary for everyone to understand that Islam does not permit forceful marriage and it orders parents to obtain the permission of their children. The Qur’an states “O you who have believed, it is not lawful for you to inherit women by compulsion…” (4:19). The Sahih al-Bukhari, one of the most revered sources of hadith (Islamic practice) amongst Islamic scholars, reports the Prophet Muhammed (Peace Be Upon Him) as saying: “The widow and the divorced woman shall not be married until her order is obtained, and the virgin girl shall not be married until her permission is obtained.” (Bukhari, 67:42). The Sahih al-Bukhari also states: “When a man gives his daughter in marriage and she dislikes it, the marriage shall be repudiated” (Bukhari, 67:43), with further hadith providing examples of the Prophet Muhammed (Peace Be Upon Him) cancelling such marriages in which the daughter’s consent was not sought.Therefore, the act of forcing someone to marry is in fact an act that is against the practices and teachings of Islam.

The first the thing that came to my mind was “Ye kya bakwas dikha rahy hain media walay. Aaj kal ke youth ko waisey he aashiqui ka bohat shoq hai, acha hua marrgaye dono” [Translation: What rubbish is this. Our pakistani youth is so desperate for love, good for them that they died]

I turned on the news channel again at night and read again the scrolling news stating all the facts of the love story that had now gone viral. The facts that these were just ordinary 10th standard possibly bright future holding kids was shocking.

Where I see many comments blaming the parents for not letting the minor’s marry the so called love of their life, there are so many factors that are not being noticed.

Firstly, bringing fathers gun to school? Like, wasn’t the KPK School massacre enough of an example for the security system of our schools? Even though the gun was bought for the purpose of suicide, it could have been anybody, with anything, not just a gun but a grenade? Or something else that could have blown up the whole school?

The educational security system has to buckle up now if we want to avoid any other catastrophe such as the KPK School massacre again.

Secondly,the desperation and the eagerness to marry stated amongst the letters of these 15 to 17 years old teens is at a whole new level. 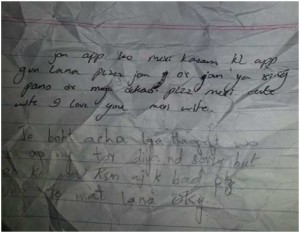 Me, being a 19 year old Double Major 3 months until university graduate, I have never ever thought about marriage and still don’t until recently the topic being bought up by my mother ending up as an argument amongst us. I mean, it is normal for girls or guys to fascinate and discuss about what sort of a life partner they would want and that is completely NORMAL. This life is a gift, its blessing by Allah and nobody is worth dying for except Allah.

These students might have had a very bright future, probably the best in their whole respective families, but ended up dying a wrongful death.

Weren’t their parents aware of how serious the matter was? Were they aware of how far had they gone into their relationship? Was anyone even checking on them? Their phones? Their social media? Anything?

These acts of indecency are held outside their house, obviously they must meet. Where do they meet, spend most of the time? School it is!!
We are always taught that school is our second home, teachers are like second mothers, and you learn everything from 2 important people of your life: 1) Your Mother and 2) Your Teacher.

Parents were aware for sure but what about the teachers? Where were they? What were they doing? 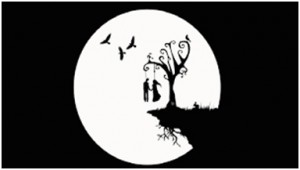 Now, Imagining and wanting life to be movie like right? Stick a camera on your head and see what it’s like.

Comments such as “Media walayzaleelhain, in logon ko maar denachaye, ye jo mirch masala lagakebatatayhainisliyehumarinasalainkharab ho rahihai” [Translation: Media is the reason for our disaster, every media personnel should be killed, the exaggeration of everything on TV is destroying us].

Individuals have to understand, it is a way of entertainment, and every movie says it is fictional characters, which means that it is not real. Media earns and works because we watch them. Indulging deeply into a fictional character can cause a personality disorder-a self-inflicted wound on one’s soul. And here comes parents intervention, they must identify the changes in their child’s behavior, behaviors affecting their eating habits, their ability to concentrate and more.

Another reason is the lack of control in our society, it has been indulged deeply into generations that violence [MaarnaPeetna] is the only way out, but the best way out is talking. Violence at the first step of a child makes him/her fearful or their parents not respectful, talking eases the pain, helps understanding.

So who is to be blamed? The parents? The teachers? The media? Who?

Well, as the parents were aware of the teens relationship as viewed by the suicide letters 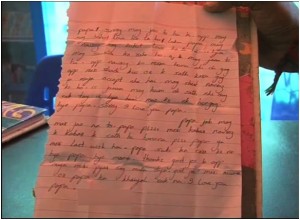 Parents to be blamed? No. Why? Because they were aware of the whole situation and still allowed their children to school.

Teacher to be blamed? No. Why? Because, from a teacher’s point of view, many think it is someone’s personal matter and it is best to remain out of it.

Media is to be blamed? No. Why? Because, media is a way of escaping from daily stress, just a way of entertainment. A useful tool, which is highly misused.

Then who right? It is the teen couple itself who is to be blamed!! Yes, I said it, it is they themselves to be blamed. They made a decision to cross their values, norms and disobeyed the upbringings. They misused the resources they had, they played the biggest role in their destruction. If I have to give a score out of 100, the teens were 98% responsible for their deaths and the remaining 2% is for the parents who failed to realized how far the story has reached and did not pull teens apart and try counselling them.

Only the teens could have stopped themselves!!

They could have avoided thinking about marriage at the age of just 17 and instead focus on doing something with their lives rather than marriage and children, keep their love amongst themselves and not worry about future!!

Their suicide was an evidence of confidence within them!!
May their families find peace and strength!!