“Teri Chah Mein” is a beautiful fiction written by Samina Ijaaz which is creatively directed by Abis Raza is based on a love triangle. This unique theme of story is well performed by Maria Wasti as “Mehwish” who is a an independent married woman and a mother of two, on the other hand Saboor Ali played Mehwish’s daughter character as “Zara.” Also Farhan Saeed as “Faisal” playing an important role between these mother & daughter’s lives. 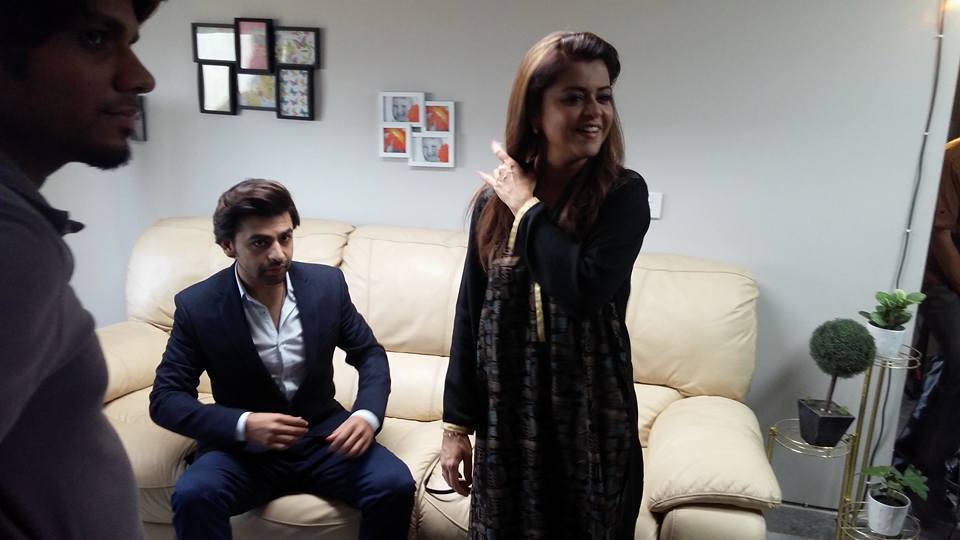 In the recent episode-10, Mehwish and Faisal are facing the consequences of their haphazardly and emotional taken decision of getting married where it took two precious lives far away i:e: Mehwish’s ex-husband and her son who strongly condemned the unusual relationship of an Aunt marrying to her brother-in-law son. As Mehwish’s character is a strong and a self-governed woman who is not afraid of the situation and can stand alone, however with the passage of time she is conceiving some major insecurity about Faisal’s caring and welcoming gesture towards Zara her only family which is left now after a great loss. Zara of course cannot forget what happened after all and has changed course of her attitude into a calm and subtle one just to make sure that her feelings shouldn’t be exposed anymore.

Well many things are being amended as Mehwish doubts the relationship that Zara and Faisal once held as fiancÃƒ©s and foresees the reunion between the two as Zara loved Faisal immensely. Mehwish’s decision for Faial to move out from their house for some time until Zara gets married was an unwanted situation that she made herself in, although she does regret it but this has proven  the fact that a mother can be of a jealous kind for her man to any relation she holds in this world.

Next episode that will go air on Wednesday 28th Sept. 2016 will display another side of the story to – catch only on ARY Digital.