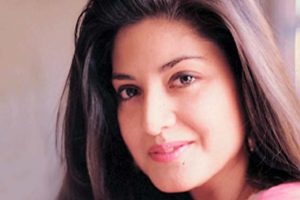 Pakistan’s queen of pop music who continues to rule our hearts even seventeen years after her death was born today on April 3, 1965.
Nazia Hassan started her music career at the age of 10 later becoming the most prominent singer of both, India and Pakistan having sold over 60 million records worldwide along with her brother Zoheb. It all started with the song “Aap jaisa koi” (1981) for the film Qurbani making her the youngest recipient of the Filmfare award till date. In 1981, with Disco Deewane she became the first female playback singer to release an album. This was followed by Boom Boom (1982), Young Tarang (1984), Hotline (1987) and Camera Camera (1991). 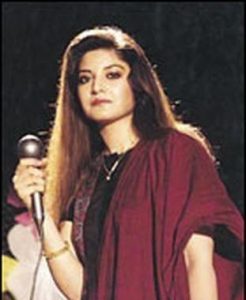 However, having immense success as a singer, Nazia was not only that but a noted humanitarian. Music was not her passion but a hobby. All the money she earned from music was spent on charity. She worked as a political analyst for the United Nations in New York and became a cultural ambassador for Pakistan in 1991 and worked towards the betterment of the lives of the under privileged children. Nazia Hassan died in 2000 having fought a long battle with lung cancer and turmoil having faced immense difficulties in her private life.On 23rd December, 2002 the Government of Pakistan conferred upon the greatest civilian, the Pride of Performance award on Nazia Hassan and in 2014 Hassan was also named by ARY news as one of the 11 female pioneers of Pakistan.