Kuch kar dikha is reality program  specially for adventures , photographers and nature devotees first time in Pakistan presented  by Nokia Pakistan. It consists  of 3 teams of 3 members each and based on 38 days full flesh journey into unseen locations of Pakistan.The show was aired on 28th February 2014 with the launch of Lumia 1520 and 1320. 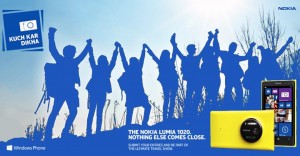 Team Blue has three members Aqeel Malik as Ali he is smart, intelligent boy and close to reality. Jia as Tanveer she is a tomboy of a team, full of energy, strong like men and positive attitude towards everything. Rubab Ali as Sehar she is beautiful girl but have no brain. She is known as dumb.

Second team is red team have three members. Esa as Harib he recently returned to his homeland after the completion of his studies from Australia. His family is famous for Doodhwalay but he loathes it and wants to become super star not as a Doodhwala. Sehar as Tania she is gadget worm, technology oriented girl. Abid Hussain as Kabeer he does not care about his future, he tries to act smart but in reality, he is dumb boy.

Third, team white has 3 members Ali Shah as Behroz he is clever twin he plays smartly.Kamran as Sheroz he is innocent twin of Behroz he has stammer problem.Fajar Ali as Zeb she is senior among all members because of her age and she believes that she is intelligent and smart. She has a lot of experience because of her age and she is simply known as experienced lady of team. 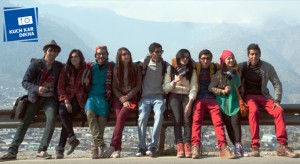