Patriotic Songs And The Messages Behind Them

Patriotic Songs And The Messages Behind Them 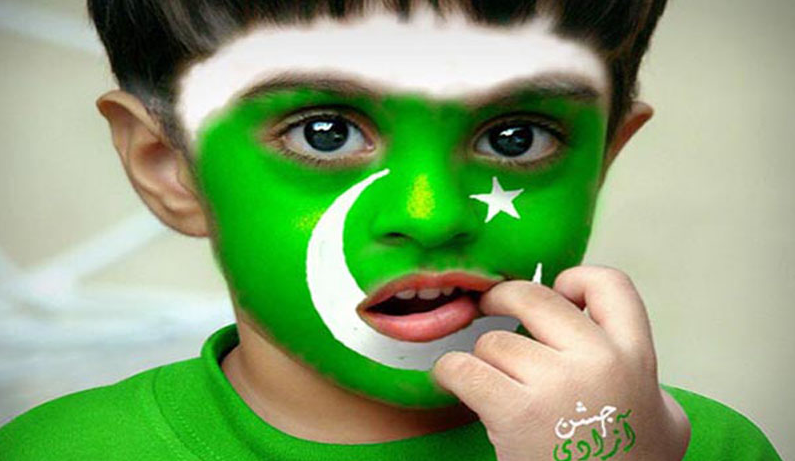 As Independence Day approaches and the enthusiasm of our countrymen rises to peaks, I am left wondering where this patriotism and passion subsides once the marked days are over. I checked in specially with the older generation of the family to try to scrape out the true spirits they experienced when our country actually came into existence, and the simple mention of it brings tears to their eyes, because it was a dream that became reality, nor practicality, nor logic nor the lessons of rationality could have predicted its birth, and it did so based on the sole principles of faith, belief and idealism.

Our forefathers understood the true meaning of these songs that came far later, they protected it with not only their finances, and hard work, but went on to sacrifice their honor and self respect as well, just so the coming generations would live in peace. And when I glance at myself foremost and those around me, my head hangs in utmost shame for what we’ve done, perhaps the silliest of my mistakes is the fact that I require a dictionary to understand most of our Urdu national songs, and it kills me to know in my eighteen years, I could not master the language orchestrated for this nation by those people who laid down their lives for it.

As the patriotism bubble gains momentum, we fathom this emotional linkage to firing crackers, one wheeling on fast highways and generally wasting electricity and resources in a state where more than half the populace barely get two meals a day. I find it selfish that the privileged class that mainly constitutes of the same people to whom this note could be relayed, refuse to accept their onus of designating part of their wealth to those unfortunate enough to be born without it scattered in heaps.

The primary principles that our founding father laid down on day 1 of this struggle, yet once again we have gone astray, certainly singing and enjoying the melodies of songs like these, but denying the messages of rejuvenation and revival it propagates. For a country, who’s marketplaces are barely open at 11 am in the morning and who’s people indication of five minutes to arrival is in fact at least an hour more of waiting, one can only wonder how long these songs will hold their chorus.

As a child, my grandma would reminisce about Jinnah and his punctual nature, how he would arrive on time at any rallies or meetings he was invited to, and would leave at the prescribed time. When questioned, he was heard saying that people who wish to achieve something in life do so understanding the value of time. And with that, I can only feel grateful that he is not here to witness the blasphemous capsule of punctuality Pakistani impersonate. Perhaps the saying ‘The only problem with being punctual is the fact that no one is there to appreciate it.’ Was made keeping in firm view a nation like ours.

While in no way do I indicate any hint of patriotism lacking in the people of this nation, I do however believe in our misfit priorities and manners to display it. Rallying, excessively masquerading wealth and money in the faces of the poor in the society seems a bit too harsh, specially on an occasion where these boundaries should be eliminated. I do see potential in the people, I see various individuals hiking selflessly towards multiple causes out to protect and better these people, but on the contrary there does exist a faction of society namely you and I, that overlooks and discourages their conscience, and that I believe is something worthy of elimination.
And so the singer rightfully and quite aptly suggested

Because no country, neither with the power shortages, terrorism issues, poverty problems nor the incompetent governments, corrupt politicians or seemingly unjust traders, is better than this beloved piece of land, since despite all the faults we’ve accumulated on it, it still stands firm and legit providing us a reason to develop and prosper, a platform of self respect, dignity but most of all the willingness to achieve.