Parchi’s blogger meetup at the beach was a fun filled day! Parchi’s blogger meetup at the beach was a fun filled day!

Parchi is a story about a bunch of friends who get into a scenario where they realize that the Parchi system is prevalent in the society. Wanting to get out of it, someone recommends them to meet Madam Saab, the character which is played by Hareem. The story then progresses with Hareem helping them.

As we saw, the teasers are full packed with action, comedy, drama, and fun with us being sure of Parchi being a power packed entertainer . Parchi’s trailers are doing rounds on TV channels and social media since their release, with its first song released, “Billo Hai” becoming THE shaadi song of the season.

To celebrate the movie trailer and songs along with some interaction with the bloggers, Team Parchi organized a blogger’s meet up at the beach last Saturday. With the entire cast in attendance, the blogger’s meet up at the beach was one unique idea and also, a trip to be remembered. There was one on one interaction with the actors with everyone getting to hang out, dance and enjoy together. During the chit chat session, we got to know our lead actors on a personal level where we also discovered that Ali Rehman loves tea a lot and can sing too. 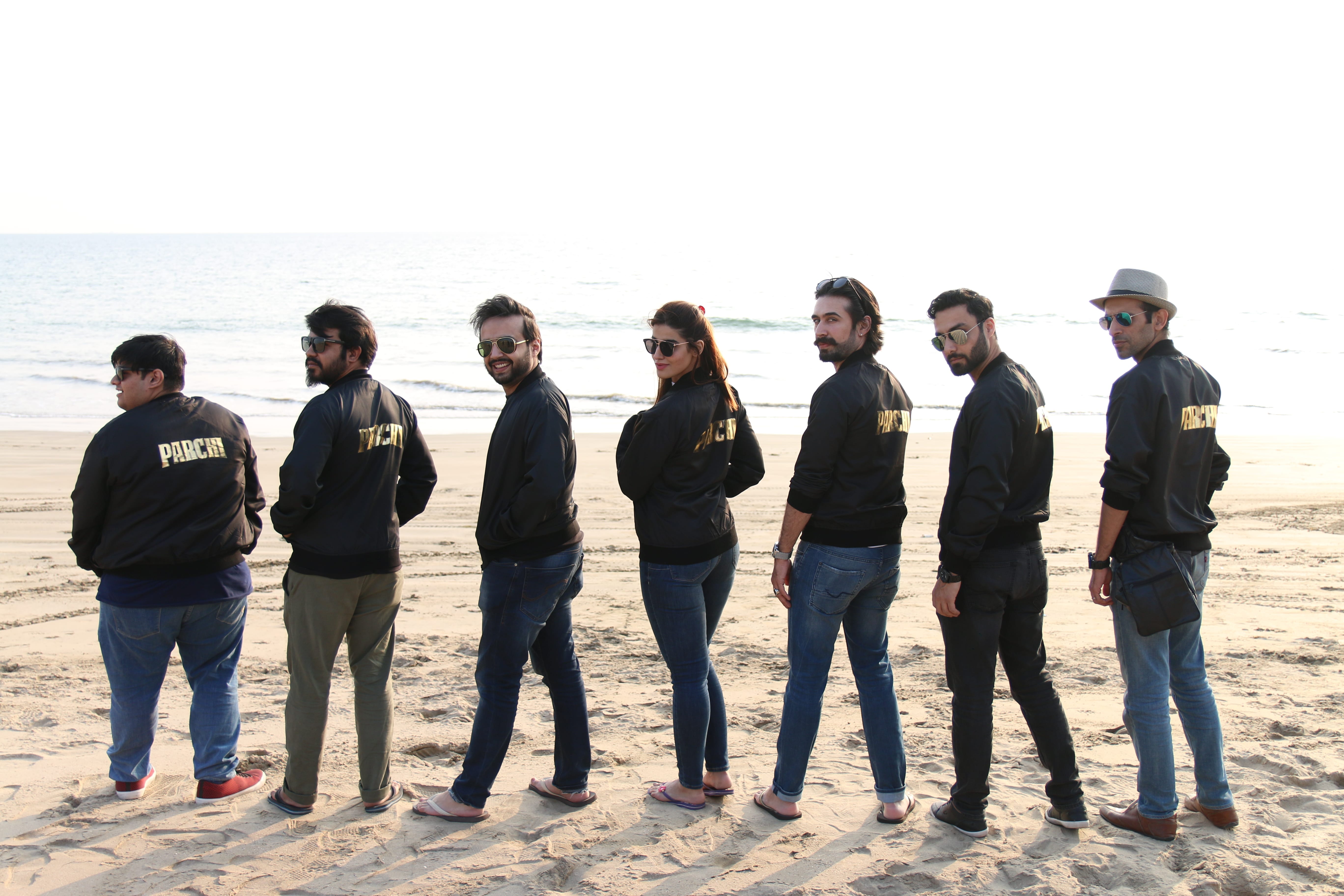 The highlight of the event was Hareem Farooq teaching us the signature steps of the song, “Billo Hai.” After which the cast had a signature photo-shoot done which was a treat to watch.

Set to release on the 5th of January, 2018, Parchi featuring Hareem Farooq, Ali Rehman Khan Ahmed Ali Akbar and Usman Mukhtar in the lead roles has us anxiously waiting for its release.