Zara and Baber’s relationship is at stake solely because of Bilal, the two constantly bicker but what can Baber do? His love for his son is everlasting and being a good father, he has proved that he has to be right next to his son under any circumstances. Will Bilal be the cause of a Baber’s second divorce?

Bilal on the other hand is a very good son who his loyal to his mother, all the money and luxuries of his father are not an attraction for him. Bilal buys his mother a pretty dress from his own savings but young Bilal notices how his mother is so caught up with work that she barely has any time for him. That saddens him a lot. 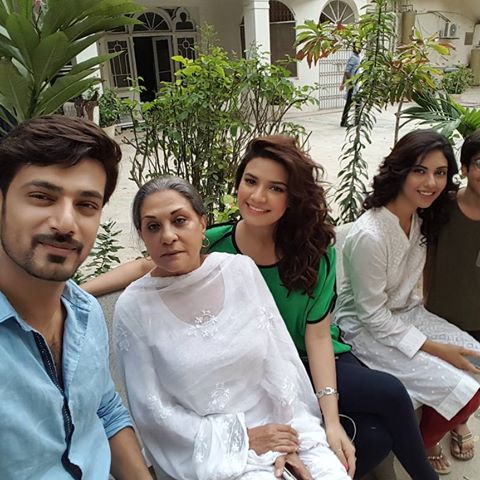 Baber is making countless efforts to keep his son happy, where on one hand Sara is engrossed in  her work and isn’t celebrating Bilal’s birthday – Baber on the other hand plans a fun filled dinner for him. Bilal however misses Sara.

Moreover when Zara loses her diamond pendant, her mother tells her and Baber that Bilal was in the same room a while ago. Indirectly she blames the theft on Bilal on which Baber loses his temper.

What more does Naimat have to offer? Will the constant arguments of Baber and Zara going to lead to a split? How will Bilal manage to handle all what’s new to him? To find out all the answers, don’t miss out on Naimat only on ARY Digital on Monday’s at 8.00 PM.