‘Jeeto Pakistan’ is hosted by Pakistan’s one of the favorite celebrity Fahad Mustafa who has contributed in dramas, movies and what not. His followers have multiplied since then his fans are glued to the screen every week when ‘Jeeto Pakistan’ starts. It is a game show where audiences are called over to do tasks, participate in games and win prices. The prices are unique from cars, to bikes, washing machines, and anything that you can think of.

This eid there were two special shows of ‘Jeeto Pakistan’ one was on Chand Raat that was 5thof October 2014 and the other was on Eid second day which was 7th October 2014. On the Eid special program there were more than usual prizes like 30 Tola of gold, 5 cars, 35 bikes, 2 lacs cash, 11.5 lacs jackpot prize and much more. Generally when people are called forward or are filmed they usually get nervous and back out to be in front of the camera but the audiences in ‘Jeeto Pakistan’ are ever ready to be called forward for them to do the tasks and win prizes. 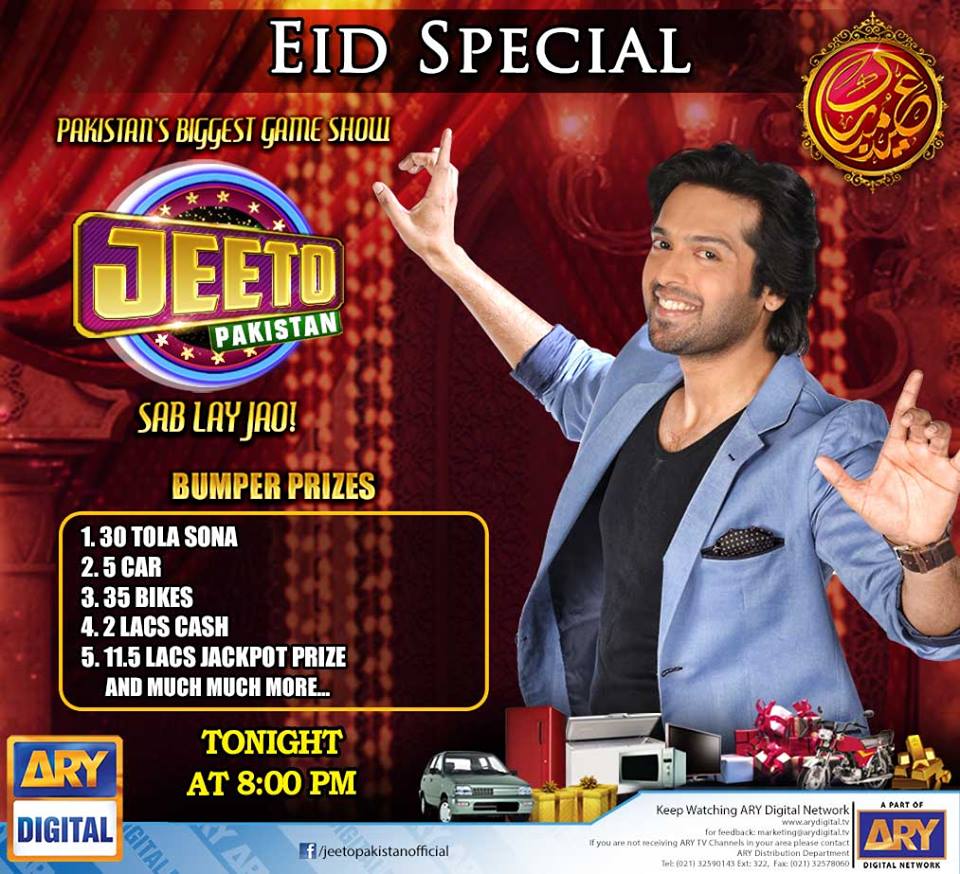 In thousands people are continuously trying to register for ‘Jeeto Pakistan’ and attend the show but unfortunately all are not attended. But still everyone can give it a try but register themselves here and best of luck for it.

Don’t miss the opportunity to watch this special show, ‘Jeeto Pakistan’ is aired every Friday and Sunday at 8:00 PM and if you have missed any of the episodes watch them here.