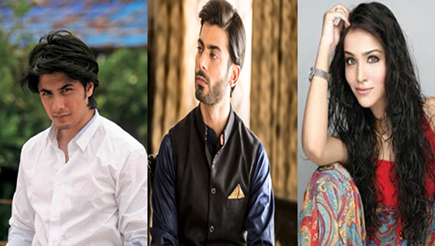 Ever wondered about the real reason behind so many Pakistani actors making their Bollywood debut?

As more and more Pakistani actors step into the light of Bollywood, people are starting to realize the truth behind all that make-up and fantasy we see in Bollywood. Suddenly many Pakistani actors are getting roles in Bollywood movies which is a big surprise compared to  the variety of actors there are in India. Why do all of them go across the border?

Suddenly Pakistani actors are starting to turn out to be expensive property in India. We all know that Bollywood doesn’t do anything without a strong enough reason and more often than not, these reasons are directly proportional to the money they intend to make from their films.

Not one actor, Producer or director does a favor to anyone unless it spells good business for them. The reality is: Pakistani actors are being hired for only those roles that no established Bollywood actor would ever do and where newcomers cannot fill in. Who would not want to be in a big banner film? Is it not a dream come true to those actors who would want to be house hold names.

Accomplished Actors such as Ali Zafar, Humaima Malick and Fawad Khan have had many experiences working in Bollywood which they could keep in their hearts forever however the bitter truth is still some where hiding away from them covered from reality. Mahira Khan is all set to make a Bollywood debut opposite Shahrukh Khan in ‘Raees’ in India.

She too will face the Bollywood lime light and face the beat.  Soon we all hope that the Bollywood and Lollywood industries act fast to help many of the  committed actors.