Besharam – What Does The Future Hold For Mishi And Haider?

Besharam – What Does The Future Hold For Mishi And Haider?

Besharam is one of the most viral shows these days and it has been making waves everywhere, the chemistry of Mishal and Haider is outstanding and nobody can deny that. The entire show just keeps on getting better with every episode, taking us all on an emotional roller coaster ride.

The previous episode of Besaharm showed how quickly Haider believed what his wife said, we all expected him to defend Saba but he reacted unlike and was calm about what Mishal said – proving to be a great husband who will stand by his wife no matter what the situation is.

We too witnessed that Mannan has returned from U.S.A and now wants to spend quality time with his mother. The good thing about Besharam is that it keeps you so hooked to the screen that you don’t lose interest even for a split second, the bond between mother and son is clearly building in the show and we absolutely love it. Lets’s hope that Manaan’s mother actually changes for good – for the love of her children.

The next scene shows how Mishal gets along well with her mother in law and her hubby, the discussion of what to wear on Saba’s wedding is taken place, its no surprise that all of us are loving the idea of this entire ‘happy family.’ The cliched scene when Mishi dips the finger of her husband in her hot tea was too cute. 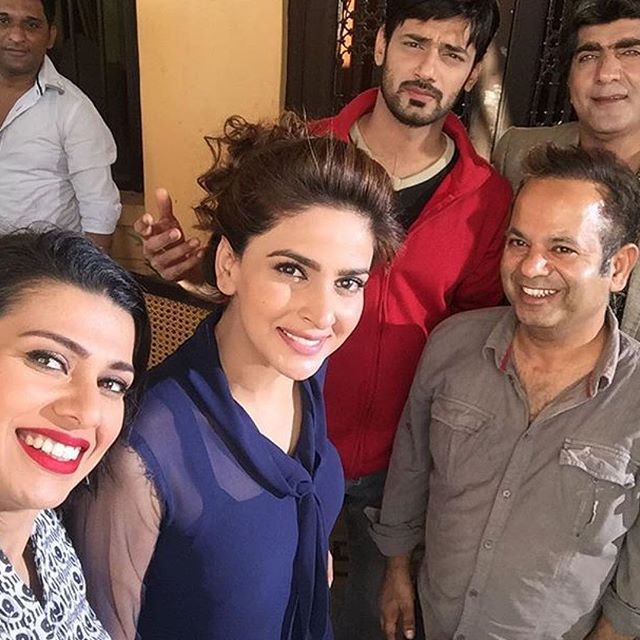 Another twist comes in place when Manaan visits his sister, and there’s a spark between him and Humna. We don’t know for sure if something will actually happen but oh well, fingers crossed! He tells Mishi how Haider asked him to come to Pakistan for the sake of his mother.

The best part of Besharam was, when Haider confesses his love for Mishi and she blushes away but also tells him that he has to be a good politician. The show gets slightly serious when Manaan’s mother constantly bickers about how awful the decision of Saba was to marry a middle class man, she believes that Mishi is no longer happy and the sole thing that matters is money, status and class. One needs only that to survive in a society.

But the response of Manaan was terrific – when he told her that he’s a self made man and he’s proud of it. On the other hand the bond and love of mother and daughter in law blooms. Finally all the pieces are falling right into place for Mishi. A loving husband, an understanding mother in law and finally her brother who has returned.

There is a lot more to find out in Besharam, and we can’t miss that! So if you are curious to learn if Mishi’s mother will finally accept Haider and his family you have to watch the next episode! Do you want to know if Humna and Manaan will actually have a thing? Do you want to see the love of Mishi and Haider bloom? If you do, then don’t forget to watch Besharam on Tuesday only on ARY Digital at 8.00 PM.