The on aired super drama ‘Rasm-e-Duniya’ is entirely taking us on a road trip of family indulgence and betrayal, The character Armeena Khan is playing as Haya is beautifully acted and well performed, with those puppy eyes and innocent gestures Armeena is the centre of attention as truly the story revolves around her emotions. The intense love triangle between Harib , Haya and Faris has enthralled  the energies of selfishness, betrayal, insanity and love. The bipolar character of Harib when he punishes Haya and next moment forgets about it, How beautifully Haya is coping without letting her family know the massive trouble she is facing although her mother knows everything and watch her fall apart. With the of passage of time Armeena is grooming her acting skills and has molded herself with the situational based acting. There was a scene in episode 6 when Haya was missing the other morning and Harib was angst in search of his wife, and upon probing Haya was scared and reached out for her mother , however as Harib found out her  absence made her punish to ascend the stairs couple of time. 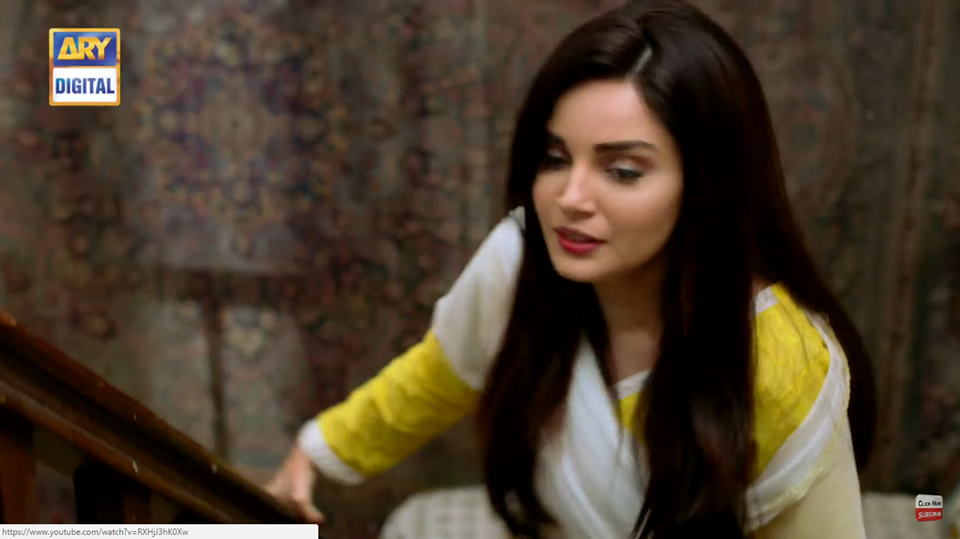 Armeena Khan as Haya made us really feel for her with her ability to blend the innocence into a scared child , the acting has fascinated us with her dual spirited and being a pretending talking doll. Musarat’s plot of her own revenge of the battle she lost ages ago with Tabrez  is still engulfing with agony. This quiet little girl utterly hiding her pains and terrors of a split personality husband figure that influenced her existence into a cage. 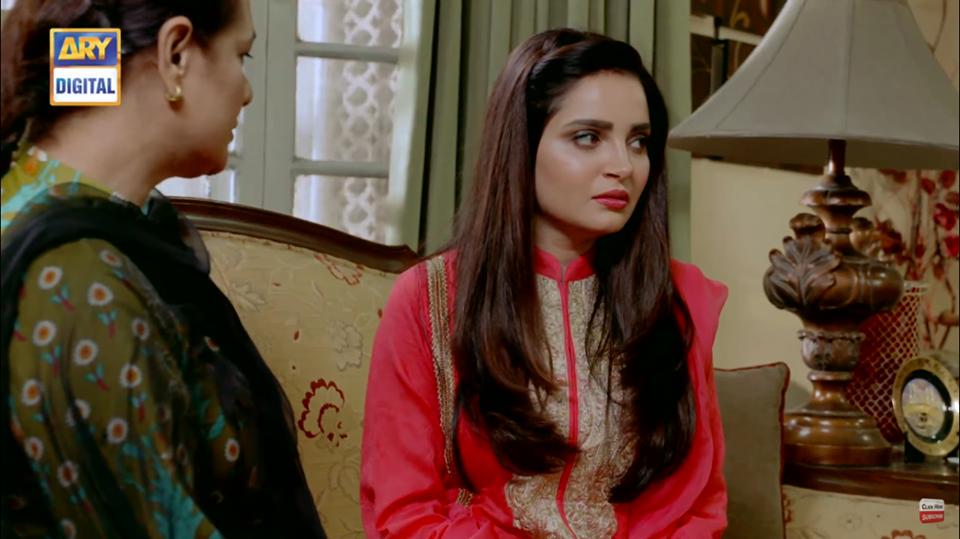 Haya is basically emotionally smothering by Harib. Haya and her mother knows the bitter truth and keep lying to each other of the state of life they wished for. Poor mother and daughter has been victimized by Musarat’s avenged soul even her own son Faris who is living a tormented life away from home but pretending to be gone abroad for a better opportunity. The play is wonderfully scripted and structured with single detail and keeping us crave for yet another exciting episodes. Three cheers to Armeena Khan by doing justice to the character.