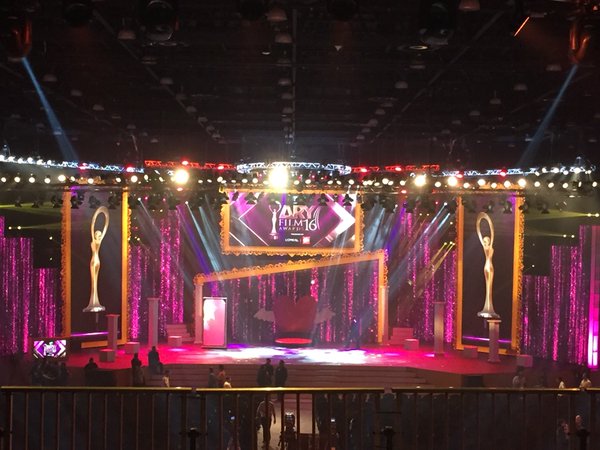 Breaking into the international ground, ARY Film Awards 2016 promoted Pakistan’s film industry on a much larger scale this time around! The event was held on the 16th of April in the glittering metropolis of Dubai at the prestigious Madinat Arena in Madinat Jumeirah.

The ARY Film Awards 2016 was action-packed and eventful, it has without a doubt set new standards and left a great mark in the history of entertainment. The biggest names of Pakistan’s Entertainment Industry got together to celebrate the revival of Pakistani cinema and all that they have accomplished in the year 2015! 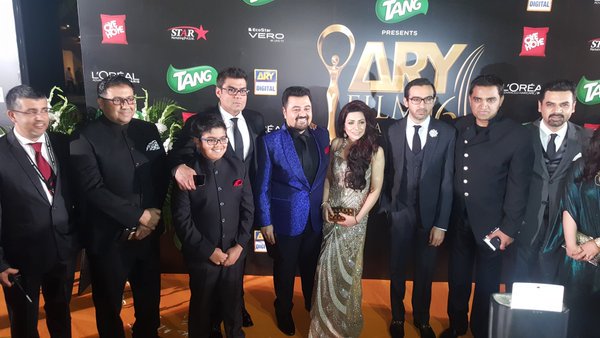 Our celebrity stars shined their brightest as they walked the ‘Tangy Orange Carpet’ to grace the event; this star-studded night was hosted by none other than Pakistan’s favorite and most energetic TV show host, Fahad Mustafa along with Sana Bucha, Ahmad Ali Butt and a few others. The night was full of celebration: breathtaking dance performances, humor filled acts and lots and lots of wins! Fahad Mustafa not only hosted the show, but he performed as well along with the biggest names of the industry such as Humayun Saeed, Mehwish Hayat, Sohai Ali Abro, Faysal Qureshi, Ahmad Ali butt and others setting the stage on fire!

Ahmad Ali Butt was exceptionally hilarious and entertaining; he deserved a completely special award for being the best entertainer of the night! The true ‘Angel Of Comedy’ took Taher Shah’s ‘Angel’ to a whole new level and became the highlight of the event! He claimed that he was the baby angel in Taher Shah’s music video and not Taher Shah himself. Oh and that tiara he wore was just adorable!

The highlight of the night! #afa16 @ahmedalibutt

And this wasn’t even it! Apart from the actual awards, there were a few humorous ones given away by this angel! Ahmad awarded Hamza Ali Abbasi the ‘Qandeel Baloch Award’, declaring that he seeks attention on Social Media just like the drama queen. He awarded Urwa Hocane the ‘Wannabe Arabi Award’ owing it to her very Arabic sounding name – Urwa Tul Wusqua Hocane.  Humayun Saeed received the ‘Wifetime Achievement Award’, because apparently his wife in known for having strong control over the man! *Ahem Ahem* And the ‘Buy One get One Free Award’ was won by none other than the Jai and Veeru of Pakistan’s Entertainment Industry,   Aijaz Aslam and Faysal Qureshi! 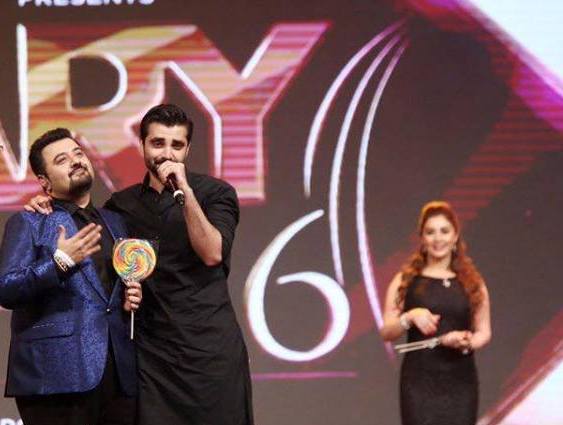 Another major highlight of the night was the presence of Pakistani and now also Bollywood heartthrob, Fawad Khan. The start power was such that as soon as the man arrived he stole all the attention there was to steal!  Fawad also bagged the ‘International Film Icon Award’ for making Pakistan proud on an International front! The humble Khan thanked Pakistan for giving him the initial platform and break to actually break through. When being compared to the biggest Khans of Bollywood by the host Fahad Mustafa, he said that he’s just started his career and there’s still a long long way to go. 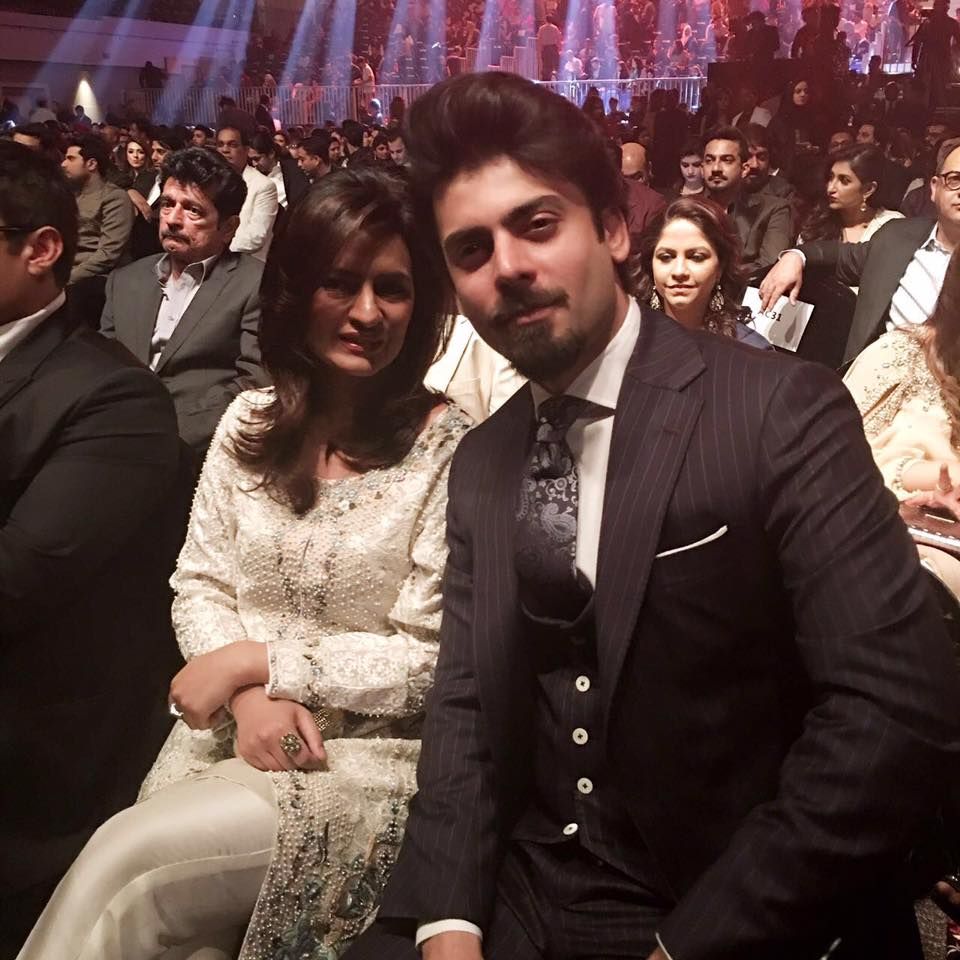 How can one mention Fawad and not his ‘Humsafar’ costar, Mahira Khan? She looked gorgeous all dolled up in white as she walked the stage in elegance  to receive the ‘Listener’s Choice Award’, Mahira Khan too took this opportunity to thank Pakistan’s Film Industry for providing a platform due to which she along with other local stars are able to make waves outside the  country. 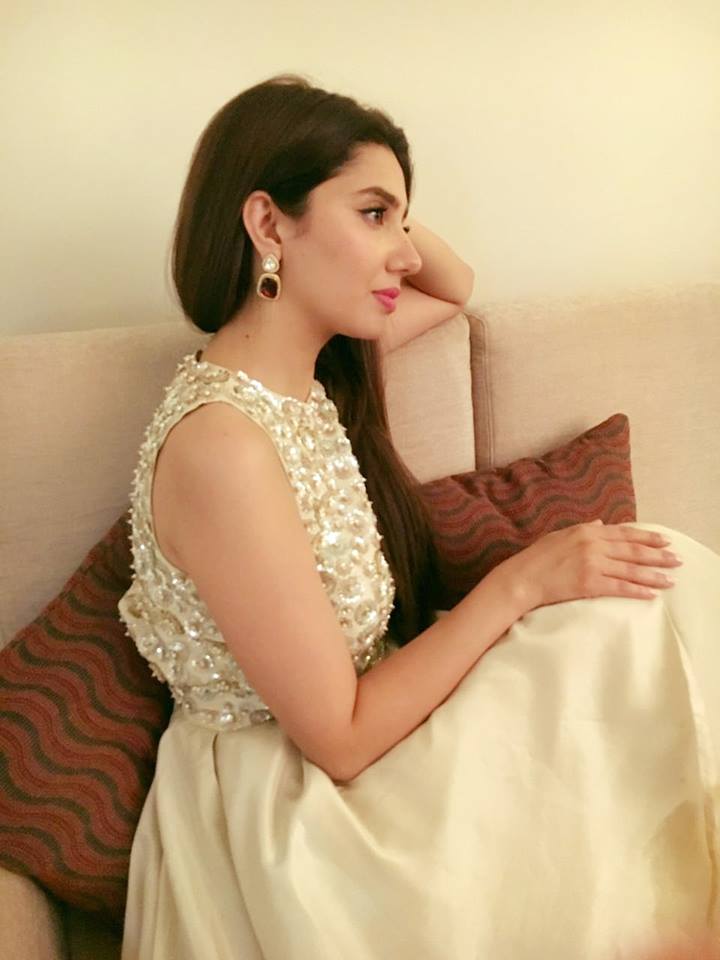 The legendary actor Javed Sheikh was awarded the ‘Lifetime Achievement Award’ by another iconic legend, Nadeem Baig. ARY Film Awards 2016 also took this platform to honor the ‘Chocolate Hero’ Waheed Murad with the ‘Special Appreciation Award’ as the Pakistani Film Industry will forever be in debt of his remarkable contribution. 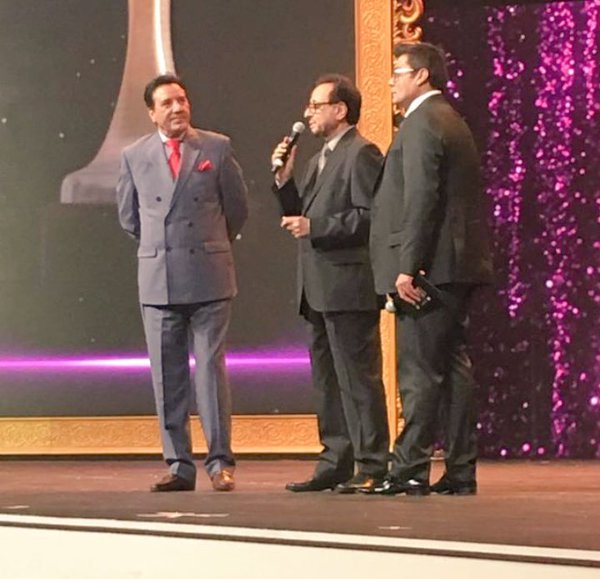 Scroll below for the complete list of winners from AFA16 :

Thank you everyone for your support in making #afa16 in #Dubai a great success.Thanks to all the guests and my team!And thank you Pakistan