Aap Ke Liye is yet another drama serial that has got many people hooked, the previous episode of Aap Ke Liye was equally interesting as the others were. When Washma tells Shaheer and Areesha that she overheard Nishat talking to her husband that ‘main yeh shadi nahi hone dungi varna meri planning kharaab hojayegi’ nobody believes her but yet Shaheer confirms it from his sister, and they all go quiet when they see the baskets of sweets, that’s when Nishat breaks the news to them all that she has confirmed Omer and Areesha’s rishta.

Upset about believing his wife that Nishat was wrong, Shaheer begins to feel really guilty about it and apologizes to her older sister. Over and melodramatic Nishat keeps on dragging the situation and tells Shaheer to begin to believe his older sister instead of wife.

On the other hand Shaheer and Washma quarrel only because he believes that Washma lied! Nishat tells her husband that she went with the intensions of really not confirming the wedding of Areesha and Omer but her maid called her and informed how she saw Washma over hearing the entire conversation of Nishat and Imdad. 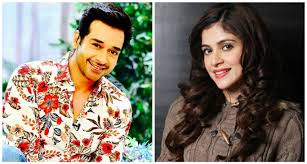 Furthermore, Shaheer tells Washma to leave the house if she won’t apologize to Nishat and Washma (as brave she is) opts for the latter option saying that she can’t live here acting deaf and blind. So Nishat succeeds in her plan of kicking Washma out of this house just like she did with Shaheer’s first wife. It all makes sense that how Shaheeer’s first marriage ended. We blame Nishat!

Washma goes to her maika and her sister in laws makes her life a living hell, she tells her that whatever has happened at Shaheer’s house must be her fault. Deep down they both love each other and miss one another too. Nishat shows her true colors and now wants Washma out of Shaheer’s life too.

What will happen next? Will Washma and Shaheer actually get separated? The promo of next episode shows how Washma decides to bring Nishat to her senses. Washma’s sister in law yells at her that it won’t take Shaheer a minute to divorce her, will that happen? What exactly is Nishat plotting against her siblings? Is Areesha going to get married to Omer or will Nishat come up with more plans? To find out all the answers don’t forget to watch Aap Ke Liye only on ARY Digital on Tuesdays at 9.00 PM.