A CHOICE THAT MADE FAHAD MUSTAFA WIN PAKISTAN ALL OVER AGAIN!

A CHOICE THAT MADE FAHAD MUSTAFA WIN PAKISTAN ALL OVER AGAIN! 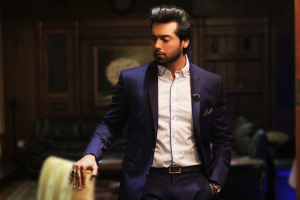 The grass may seem greener on the other side of the border for most Pakistani artists, but here’s a name who thinks otherwise. Fahad Mustafa believes it’s greener where you water it, and for that we’re proud of him!

Fahad Mustafa takes the Shaan route and declines Bollywood; an offer most artists would do anything for! Now isn’t he a true asset to the country and industry? This man won our hearts all over again and jeet liya Pakistan!

Stuck in a traffic jam, our very own “Jeeto Pakistan” host decided to make productive use of his time and began a quick 15-minute chat session with all his fans on Twitter.

Twitteraties responded rapidly and started shooting questions at the actor, but the highlight was one who asked him about his trip to India.
He tweeted: “I was offered a movie but I made a choice, had better offers here :)”.

He is one of the few who actually acknowledge the fame and stardom they’ve achieved through Pakistan and its industry. If it wasn’t for this country, India wouldn’t even have noticed their talent. So it’s only fair to put Pakistan first.

The super talented “Na Maloom Afraad” actor is going to be seen playing the role of famous poet Mir Taqi Mir in his upcoming film “Mah-e- Meer”, a biography based on the struggles of the poet’s life. Following this will be two more Fahad Mustafa films in the year to come.

We agree art has no borders and we’ll completely support Fahad if he chooses to work in Bollywood one day, but for now, we can’t stop loving him for his choices.