So we have hunt some trendy celebrities who were caught being totally fashionable while traveling. It is exciting to see our celebrities are not less than anyone.

Sadaf Kanwal, Firstly to catch the attention is her Burberry scarf and cool trilby hat and ofcourse pair of perfect moccasins gives her an utter casual and chich look. Sadaf is true to be a Model! 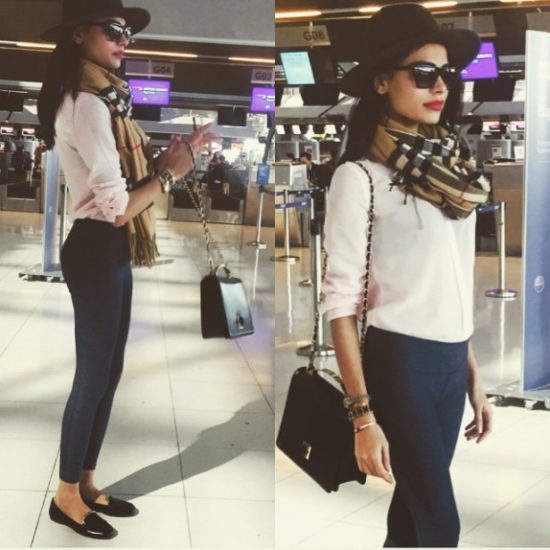 Hania Amir, This cutie just stepped in Media and is stomping the atmosphere with her pretty looks and the attire she carries at the Airport is entirely complementing the whole idea of “hey i have a flight to catch” , So three yes-s for Hania’s style. 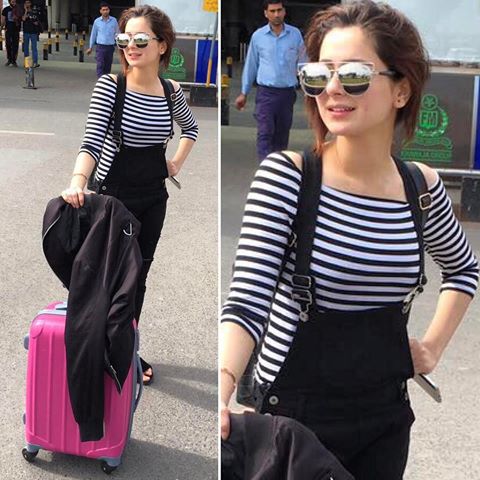 Mehwish Hayat:  Looks like she is really in a rush to board , so she decided to dress in casual cool crop cardigan that fits her mind set up. She looks real and fashionable at the same. 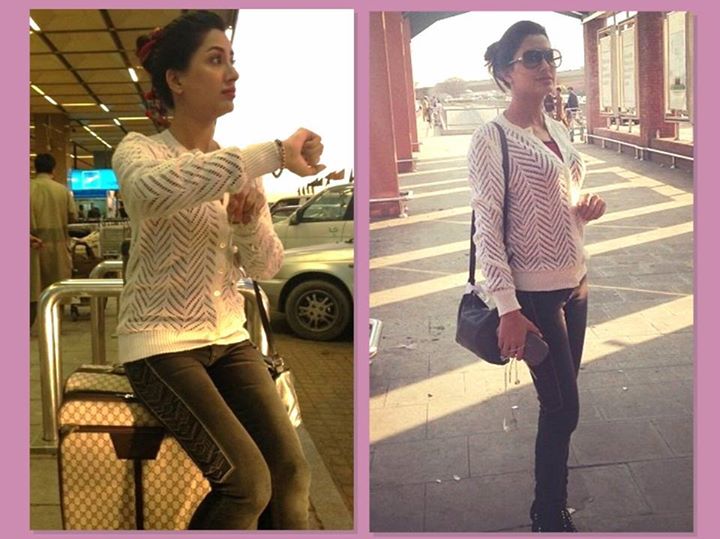 Ayyan Ali: When your lazy and want to look at your best but you want to chill in private jet , all at same time than Ayyan has really put up with a good attire to look more happy in casuals, her channel clutch grabs our attention above all. 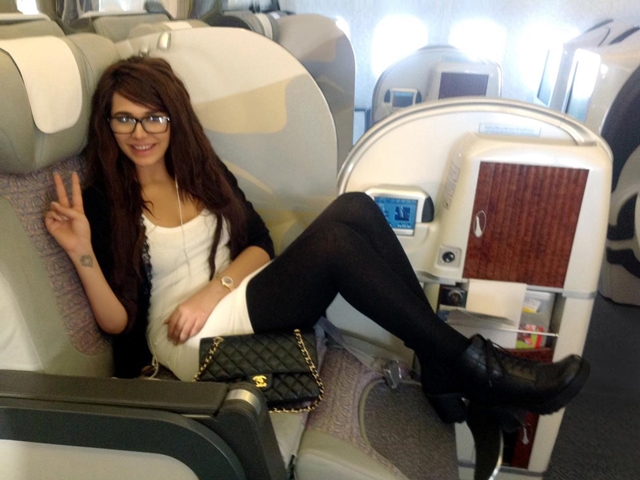 Ayeza Khan: She looks decent and elegant with the medium lengthed top and skinny jeans and ofcoure J’s on her feet sustains her casual airport vibes look. 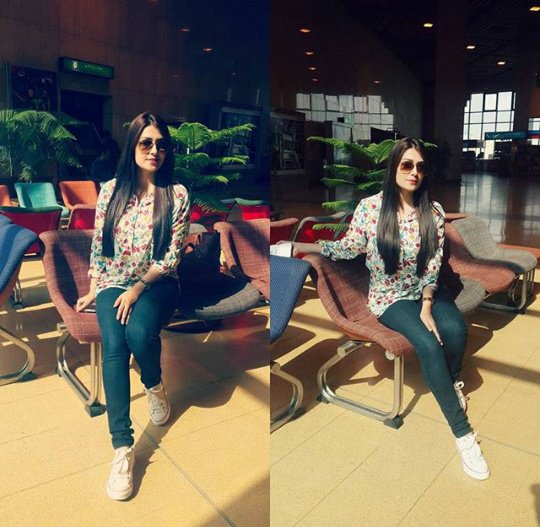 Sumbul Iqbal: The whole denim look with cool sneakers gives her a nice look over all, Sumbul has put on a perfect ambiance of  travel bird. 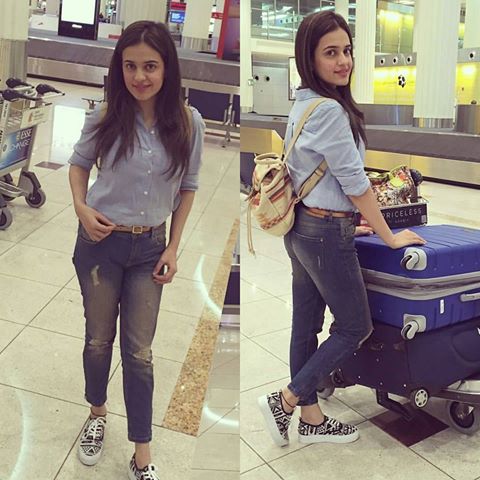 Humaima Malik: Her shades and bag has accessorize her look , she looks classy in blue casual look with moccasins and wearing her hair down was a good idea. 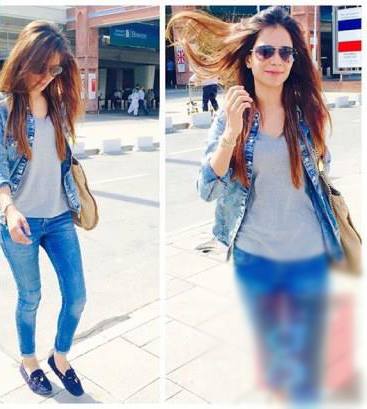 Urwa Hocane:  Looks like the blue/purple theme is taking her nerves, so the attention goes on her mercury shades and this purple mintcoat bringing her swag. She looks cool and trendy simultaneously. 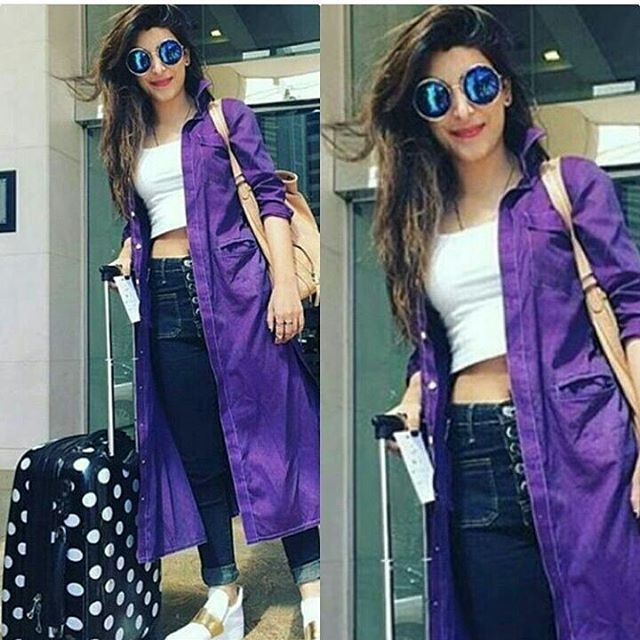 Saba Qamar: So the cute duffel bag is mingling her look to a true traveler, Saba looks cool and casual with the blazer on and she decided to give her hair some twists that make her look presentable for the airport schedule. 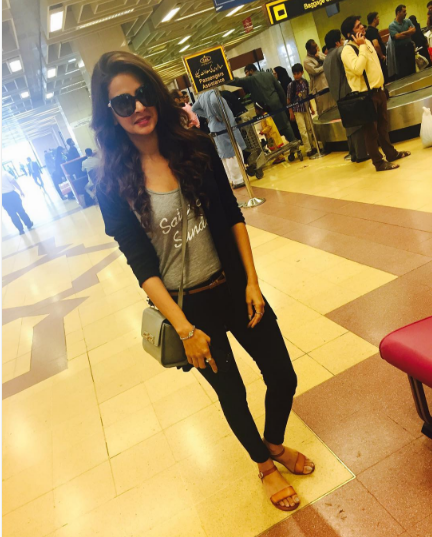 Mahira Khan: And the drum rollllssss!! lastly we have Mahira’s look with high bun and a big bag is becoming her signature style of all times, although to add some colour in her look she managed to wear mercury shades which highly complements her trendy and classy look. 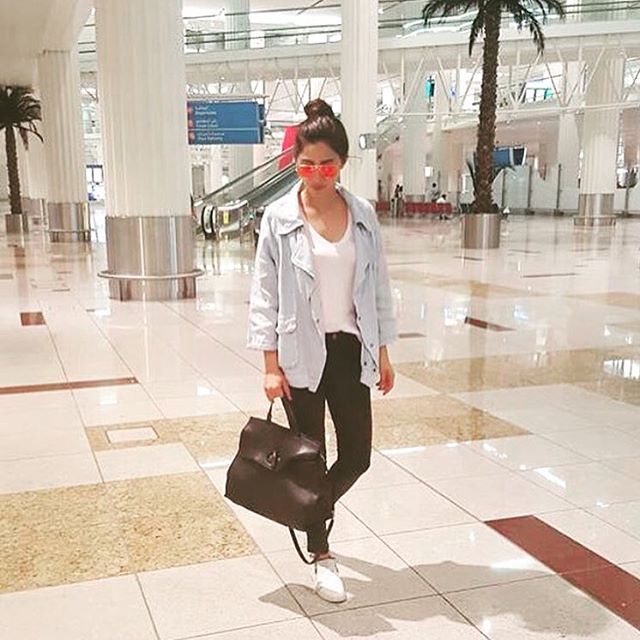