Tum Meri Ho – Will Zayaan Win Over His Love?

Tum Meri Ho – Will Zayaan Win Over His Love?

Watching the love of your life being with your own brother is the most heart breaking thing. That’s precisely what Zayaan is suffering from, which makes his world fall apart every day. Ana taking care of Mustafa drives Zayaan to the point where he shatters. The romance and love between them is something he despises, and he come to a decision to hire a caretaker which upsets Ana the most.

The situation does not seem in favor of Zayaan when Ana is settled on looking after Mustafa herself as they love each other. Green with envy, Zayan lets his mother know that it is wrong to exhaust Ana like that. 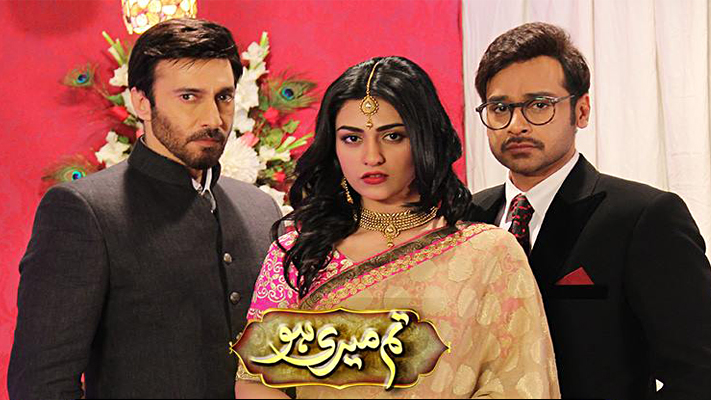 On the other hand Ana’s brother leaves Pakistan parting with his wife, sister and mother making them really sad, saying good-bye to her brother Ana gets teary which again makes Zayaan upset!

After marriage a girl deserves to have a happy life with her husband and not spend her entire time taking care of a man on a wheelchair – these thoughts haunt Mustafa as he forces Ana to carry on with her education and start university again. Ana puts a fight with him but ultimately does start attending her classes and goes to university with Zayaan, making him extremely happy.

Mustafa finds out a birthday card for Ana stating ‘my one and only love,’ which boils his blood.

Will Zayaan succeed in his mission of having the love of his life? Will Mustafa ever stand on his feet? How will Mustafa and Ana react to the birthday card? To find out all the answers keep watching Tum Meri Ho only on ARY Digital.