Anabiya – Will Justice Be Served?

Anabiya – Will Justice Be Served?

A woman with voice is by definition a strong woman. Taking a stand for yourself is a basic right of every human being. Anabiya is a drama serial that probably gives a hope to every women out there who has had enough and deserves a chance to pick her broken pieces up and move on.

The second last episode of Anabiya proved that – if you stand for yourself, you might just find your happy ending. It’s all about YOU! A loving spouse who would stand by your highs and lows is all that a girl looks for in an ideal hubby, that’s precisely what Alishba found. 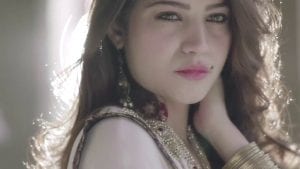 It’s great to see how Muneeb is fighting the case of his own wife and Anabiya, in order to serve justice, the constant efforts are probably what will get them a second bite of the cherry. On one hand Alishba has a great husband who loves her and on the other a mother in law with a bitter mouth, who can’t stop complaining about her situation. Is she being reasonable? It wasn’t Alishba’s fault and yet she’s expected to suffer. Our society can be so inconsiderate and unfair.

Waseem is behind the bars and with a number of proofs his father has jumped on a conclusion that he deserves to remain where he is, people like him should not be excused under any circumstances.

Another twist in the story comes in notice when Obaid’s sister reveals that she is expecting! That’s no shocker is it? But what happens later is even more mind gobbling, Farooq shuts Farah up by telling her to abort the baby! Dumbstruck Farah has a very expected reaction. They say that what goes around comes around, whatever wrong Farah and her mother did to Anabiya is probably resulted in this. 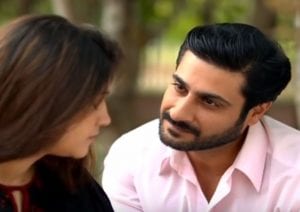 The question that haunts us all is that after Anabiya finally got khulla, will her sister too find her true happy ending? Will Waseem remain behind the bars for the sins he committed? How will Farah deal with this bizarre situation all alone?

Find out all the answers and end your curiosity, the last episode of Anabiya will go on air Saturday 24th Sep only on ARY Digital at 9:00 PM.