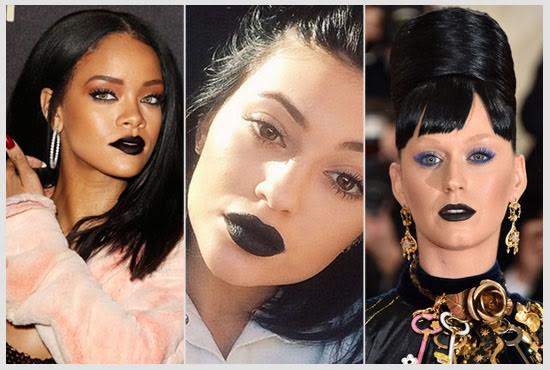 The trend of Red lipsticks is timeless, from Aishwarya Rai to Kajol, Blake Lively to Rachel Mc Adams or Mawra Hocane to Mahira Khan, flaunting a Red lipstick is pretty much fashion symbol. However, the latest fashion of Black lipsticks is taking over the social media by storm. Various make up artists and MUA have began to use Black lipsticks while they upload videos and tutorials. Black lipsticks are not too ‘alien’ in Hollywood but they’re still new to us desi’s.

We decided to experiment on our local actresses and see how would they look in a Black lipstick, would they be able to pull it off or would it just be a big No No! Have a look: 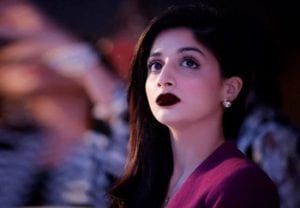 Though this starlet looks super pretty in a red or any shade of lipstick, we believe she certainly looks bold and beautiful in a black one too. A shade for the next award ceremony? 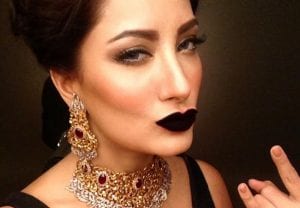 The woman who has given many a dil ki lagi will look like that junglee billi we need to see! A black lipstick will add that oomph to her entire outlook. A little bit of experimenting never hurts anyone, right? 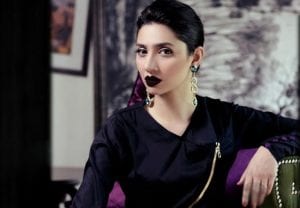 So the zaalima who is on the roll because of her upcoming Bollywood debut opposite king khan has stolen the limelight countless times, Mahira has that girl next door look and we believe that she should stick to that and skip black lipstick for now. But that’s just our perception. 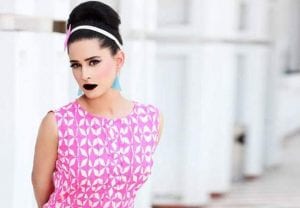 As pretty as she is, shades like red, nude and pink will suit her best! The leading model of Pakistan – Mehreen has an eye for fashion and a black lipstick doesn’t seem like her thing, unless the actress wants to play with upcoming trends then she should give it a shot! 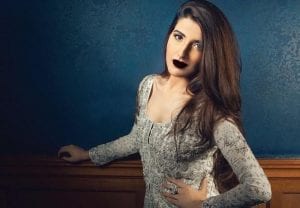 This actress will give you fits-piration (fitness inspiration) after the pounds she shed – Hareem gives us all curvy women major goals. To be honest she looks downright stunning in a black lipstick. No joke. 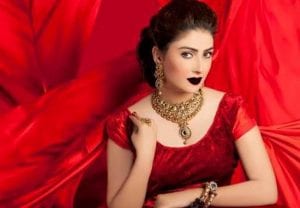 The very attractive Ayeza has left no stones unturned when it’s about flaunting some quality acting skills. The shade black doesn’t seem to be in her favor. What do you think? 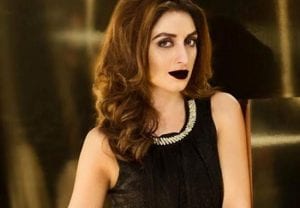 Is there anything that doesn’t suit this pretty face? Not just clothes but make up too, Imaan is an epitome of style and hands down she looks no less than a queen in a black lipstick. 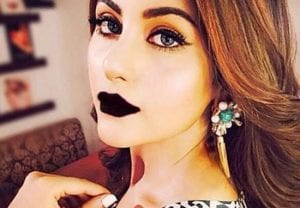 The Fair and Lovely charmer knows more than a thing or two about style that you can take notes of, but the shade black won’t be a sight we’d like to see Sohai in. 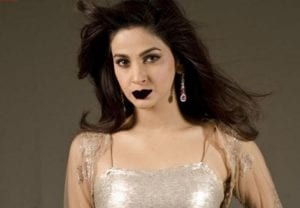 Though flashing a black lipstick won’t be as bad for Saba, but we’re not a big fan of it. The leading lady of Pakistani cinema looks so much better in standard lipstick shades. 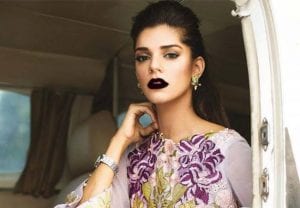 YES! Can someone please tell this diva to try a black shade soon? No doubt this will lit up her entire look.